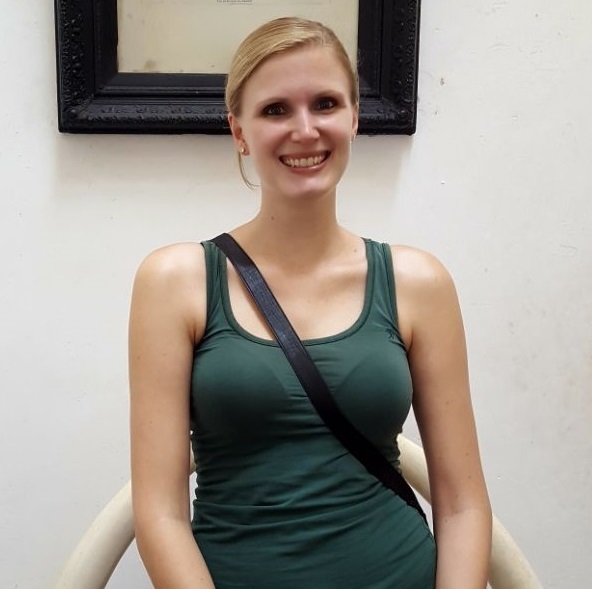 From 2003-2007, Susanne Mohr studied English linguistics & literature, and Romance linguistics at RWTH Aachen University. In 2011, she obtained a PhD in general linguistics from the University of Cologne with a thesis on mouth actions in Irish Sign Language. At the same time, she took additional classes in African Studies in Cologne. Since then, her research has focused on multilingualism in Africa, investigating for instance the endangered hunting signals of hunter-gatherer groups in Botswana and Namibia, language policies in Tanzania and, for her postdoctoral dissertation (Habilitation), emergent plural formations in Tanzania, Kenya, Ghana and Nigeria. For her most recent project on language use and tourism in Zanzibar, she received a Feodor Lynen fellowship by the Alexander von Humboldt foundation, which enabled her to spend a year at the Linguistics Section of the University of Cape Town for her research.

Since 2013, Susanne has been a researcher and lecturer in applied English linguistics at the University of Bonn. In 2017, she was appointed a member of the Junges Kolleg at the North Rhine-Westphalian Academy of Sciences, Humanities and the Arts. There, among other things, she leads a working group on equity in academia and actively engages in supporting first generation academics.

Her main research interests are multilingualism and (cross-modal) language contact, as well as language and globalisation. Besides her project in Bayreuth, she is currently working on identity construction through metadiscourse in social media, the realisation of politeness in cross-modal language contact between Deaf and hearing people, and language ideologies in EFL teaching.

Globalisation, i.e. the widening and speeding up of world-wide interconnections of all aspects of social life (Held et al. 1999: 2), leads to ever more mobile people moving across national and cultural boundaries. Tourism is one central aspect in this regard and creates so-called superdiverse spaces, especially on the already extremely multilingual African continent. In tourist spaces, languages are not only acquired formally in classrooms but often informally, and it is the economic value of different languages in these spaces that dictates which of them an individual adds to their linguistic repertoire.

The project investigates the acquisition of English, a global lingua franca and frequently used in tourist spaces, and Kiswahili, the official language of Tanzania and Zanzibar, among tourists and hosts on Unguja island of Zanzibar. The central aim of the project is to describe the different trajectories and modes of language learning, and to discuss them in light of recent theories of language learning in superdiversity, e.g. Blommaert and Backus’ (2011) framework. These theories and their suitability for the Zanzibari context, as well as Africa in extension, will be assessed. The analysis is based on ethnographic data from several fieldwork trips, including sociolinguistic interviews and observations at tourist locations, shops, schools and NGOs, as well as Q-methodological data.

In studying language learning in a particular local African context, related to a phenomenon brought about by globalisation, the project thus emphasises the necessity to portray Africa’s linguistic and cultural diversity in an increasingly mobile world.