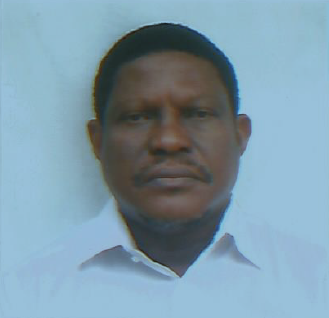 Joseph C. A. Agbakoba is a professor of philosophy at the University of Nigeria. He has been a Volkswagen Foundation grantee and fellow, an Alexander von Humboldt fellow, an alumnus of Budapest’s Central European University, SUN program, a visiting scholar at Cape Coast and Frankfurt. He was Head of Department of Philosophy at the University of Nigeria from 2007-2010 and Dean, School of General Studies, 2012-2013; from 2013 to 2017, he was Deputy Vice Chancellor (Vice President) at Madonna University Nigeria. He is a former president of the Nigerian Philosophical Association. Agbakoba is also the Regional Coordinator for Africa for the Council for Research in Values and Philosophy (CRVP), Washington DC; the Vice President for Africa for COMIUCAP (Conférence Mondiale des Institutions Universitaires Catholiques de Philosophie) and a member of the Steering Committee of the International Federation of Philosophical Societies (FISP). His current research interest is in the field of development philosophy and ethics in relation to Africa and intercultural philosophy. He has published widely locally and internationally; his most recent publication is the book, Development and Modernity in Africa: An Intercultural Philosophical Perspective, published in June/July 2019 by Rüdiger Köppe Verlag, Köln.

This project focuses on showing that our common notion of justice could be broadened by making a distinction between positive justice and negative justice. Positive justice is justice as complementation of parties, which builds the capabilities of parties rather than break them down. Positive justice seeks complementation (including also restoration and transformation) by exploring a system of floating compensations in which over time parties are complemented and their development potentials are realized. This contrasts with negative justice which is punitive and subtractive in character as seen in the retributive, preventive and to some extent, reformatory senses of administrative/legal justice. Consequently, the basic thesis in this project is that, given the promptings arising from the African experience, the rationalistic strand in the African philosophical thought complex could be re-envisioned and adapted by way of intercultural fusions of horizons with Western and other global philosophical resources to develop our understanding of the currently under-theorized notion of positive justice and related concepts such as solidarity, reconciliation, peace and development in actual (historical) and potential terms. The project, among other things, aims at: clarifying the nature of negative justice, positive justice, reconciliation, solidarity, harmony, peace and related ideas; exploring the components and principles of positive justice, the conditions (in local and international relations) under which positive justice should be preferable to negative justice and how these relate to equity, numerical equality, equalization of opportunities and freedoms; and, exploring negative and positive justice in the context of African history and its making by African agents.