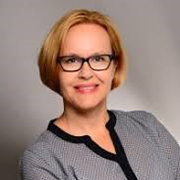 Susanne Gehrmann is a professor of African literatures and cultures at the institute of Asian and African studies, Humboldt University Berlin. She holds MA degrees from the Universities of Paris, Sorbonne Nouvelle, and Bochum and a PhD in Romance and Comparative literature from the University of Bayreuth and is a Studienstiftung and Alexander von Humboldt alumna. Her research foci are on representations of violence, intermediality, autobiography, gender and genre innovation in African literatures with a regional focus on West and Central Africa; the RDC, Senegal and Togo in particular. She teaches mainly French and English language literatures from Subsahara and the African Diaspora and has a growing interest in African cinemas in both teaching and research. She was project leader of “Media change and intermediality in Togolese culture” (AvH) as well as of “African Child Soldiers in Literature and Film. Representation, Discourse, Esthetics” (DFG). Her collaborations on the African continent include exchange and joint research with partners at the University of Nairobi, Université de Lomé, University of Ibadan and Université Cheikh Anta Diop, Dakar. As member of the executive committee of the Association for the Study of African Literatures in France, she is organizing the next APELA congress at HU-Berlin in 2021 which will be devoted to queer African literatures.

Title: Generic innovations, intermedial aesthetics and the circulation of African literatures: Togo in a comparative perspective

The project takes the rich Togolese literary/cultural production as a starting point for further comparative research and is based on research questions that unfold on three levels:

1. On the level of writing (écriture)

How are intermedial references and/or the use of new media formats as aesthetic devices employed in literary writing and embedded in the ‘traditional’ medium of the book?

In how far do the aesthetic strategies of remediation and intermedial writing offer opportunities for the innovation or even subversion of established genres such as romance, crime fiction, Bildungsroman, the postcolonial realist-socio-critical novel?

On which level(s) – form, content, structure, ideology – does innovation/subversion occur?

2. On the level of the sociology of literature

How is Togolese literature, mainly published in Lomé and Paris, packaged, marketed, distributed and consumed today and what does this tell us with regards to the writers-publisher-audience relationships?

How does the sociology of overlapping literary fields: national/transnational/ local/diasporic, francophone/West African feed into the dynamics of the writers’ positionality and posture?

3. On the level of comparison

In how far are Togolese examples of genre innovation and use of aesthetic intermedial strategies in dialogue with developments in other African cultural scenes?

How can cross-readings of Togolese texts with texts from other African contexts and across language divides offer insight into larger intra- and transcontinental dynamics?

Obviously, the three levels are intertwined and will not be dealt with separately, but through an integral approach.