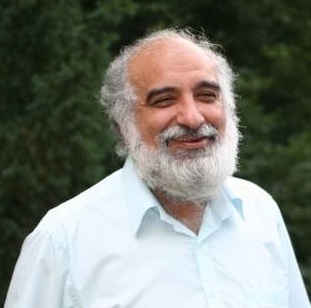 Dhruv Raina is currently Professor at the Jawaharlal Nehru University, New Delhi, where he teaches the history and philosophy of science. He studied physics at Indian Institute of Technology, Mumbai and received his Ph.D. in the philosophy of science from Göteborg University. Prior to joining the University he was a Scientist at the National Institute of Science Technology and Development Studies, Bangalore. He has been a visiting professor of the Maison des Sciences de l’Homme, Paris; a Fellow of the Wissenschaftskolleg, Berlin, the first incumbent of the Heinrich Zimmer Chair in Intellectual History and Indian Philosophy, Heidelberg University and Visiting Fellow at ETH, Zurich, and Cambridge University etc. He was elected Fellow of the Indian National Science Academy in 2018 and has been the Visiting D.D. Kosambi Professor at Goa University since 2017.

In his classic study Universities: British, Indian, African – A Study in the Ecology of Higher Education (1966), Eric Ashby identifies several phases in the global evolution of the university system. The one that concerns us here is the migration of the idea of the modern university from Europe to the new world and the non-European old world  - this process dates back to the seventeenth century. But the nineteenth century is particularly significant from the perspective of the expansion of British colonialism into both India and Africa. Following the publication of Ashby’s book a great deal has been written on the history of the Indian university and I gather on that of the universities of the nations on the African continent. A particularly influential diffusionist model pervades the historiography of the university premised on the idea that the universities established in both regions under colonial rule were clones of one model out of the many among the British universities, which were designed to address the problem of governmentality. But detailed and substantial studies have departed from this model and argued that the modern universities that were transplanted on Indian and African soil while of English provenance subsequently morphed into other models, shaped naturally by the distinct national, cultural, and socio-economic resources and history of the regions concerned.

The process can be initiated through a survey of literature on the history of the university in these nations and then attempt to sort them out into historiographic frames that bear a family resemblance with the Indian case and as well as into frames that reflect differences as much in the process of institutuionalization but reflect different histories of education. In addition to which it is very likely that in some cases postcolonial history writing has not acquired the same currency in Africa as it has in the South Asian case. This again has to do with the different trajectories of decolonisation in the two regions. As the African scholar Adebayo Williams once pointed out much of Africa did not enter postcolonialism but lapsed from colonialism in to neo-colonialism. In which case it may become necessary to collaborate with historians of the national universities of African nations and evince the postcolonial and transcultural accounts of the university in these regions. In those cases, where substantial accounts are not available – which is very unlikely – it may be necessary to complement the historical method with interviews with concerned policy makers and those of them who are still alive and were associated with the process of building universities during the first decade of decolonisation.