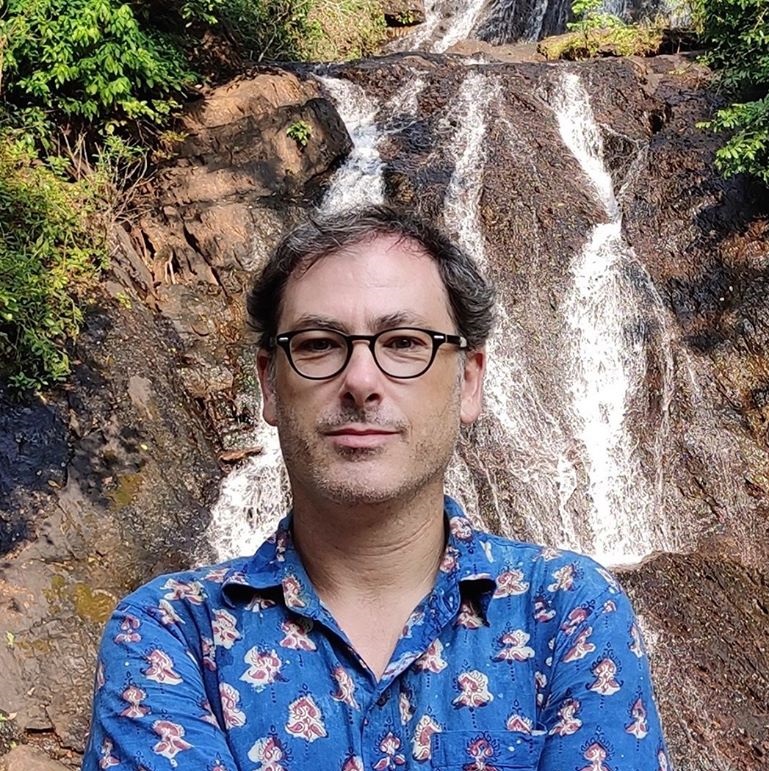 Pedro Pombo is an Assistant Professor at Goa University and Associated Researcher at the Centre for Research on Slavery and Indentured, University of Mauritius. He received his PhD in Anthropology from ISCTE- IUL, Lisbon (2015) with an ethnographic exploration on space, belonging, local history and personal archives in Southern Mozambique. Earlier, Pedro graduated in Decorative Arts and Design and developing research on Indo-Portuguese architecture.

Pedro researches traces of Afro-Asian circulations through aesthetic and anthropological approaches, focusing on archival and material traces, heritages, visual landscapes and memories in the Indian Ocean. While researching the materialities and sensorial worlds of maritime histories, Pedro also explores coastal landscapes as repositories of oceanic histories and material and intangible heritages. He is the co-author of a documentary on Goans in Tanzania, “The Club”, with the filmmaker Nalini Elvino de Sousa, funded by the RTP-Portuguese Television (to be released in 2021).

He is an associated researcher with the Southern Atlantic/Indian Oceanic Africa cluster of the Project Regions2050, WiSER, Wits University, South Africa, and a recipient of a grant from the Cultural Institute of Macau for the project “Macau from the ocean to the archives. Documentation on Macau and its 19th century maritime routes in Indian Ocean archives” (2021-2022).

Besides diverse chapters and articles published, he participated in several international conferences and was invited to participate in“AfricAsia: Overlooked Histories of Exchange” Symposium, by the National Museums of Asian and African Art, Smithsonian Institute (2020) and in Webinar series “Indian Ocean World Material Histories”, George Mason University (2021).

This proposal focus on the diversity of heritages of African presences in the Western Indian Ocean islands, assumed as sedimentations of Afro-Asian circulations and historicities. Here, I use the term “Afro-Indic” to designate African origin communities that populate the oceanic space, responding to the term “Afro-Asian” which commonly embodies a mainland-based approach.

This project investigates the possibilities of constructing alternative archives of African inheritances through dialogues between materialities and visual cultures, art practices and discourses of cultural and heritage identity. Recognizing Afro-Asian relations through archipelagos as nodal locations of historical and cultural processes, this research focus the Western Indian Ocean islands where creolization processes were derived from colonial plantation societies and sustained by slave trade and indentured labour. While the Maldives is considered part of Asia, Comoros (including the French island of Mayotte), the Mascarenes (Mauritius and Reunion) and Seychelles integrate the African continent. Charting the islands that constitute these nation-states (and, in the case of Reunion and Mayotte, French Overseas Departments) as a spatially scattered archipelago, we travel between Africa and Asia across an ocean of connections.

African origin populations, locally known as creoles, are fundamental constituents of the diversity that marks the Indian Ocean world. Consequently, cartographies of African legacies in the Indian Ocean will be observed at different scales and temporalities, looking how past locations can be traced in contemporary maps of the region and of each territory.